17 Cancer Causing Foods You Have To Stop Eating

When it comes to the food we eat, we need to be fully aware of everything – not just make a surface-level effort. This means being vigilant about where it comes from, what goes into the making of it, what the pros and cons are of eating it, etc.

This is important because sometimes, certain products that are marketed to us as “healthy” or we’ve somehow come to perceive as being good for us can turn to be exactly the opposite. In fact, some of them might even be carcinogens!

That’s why we need all the information we can possibly get. We’ll start you off with this list of 17 commonly consumed foods that cause cancer and what you should be eating instead. 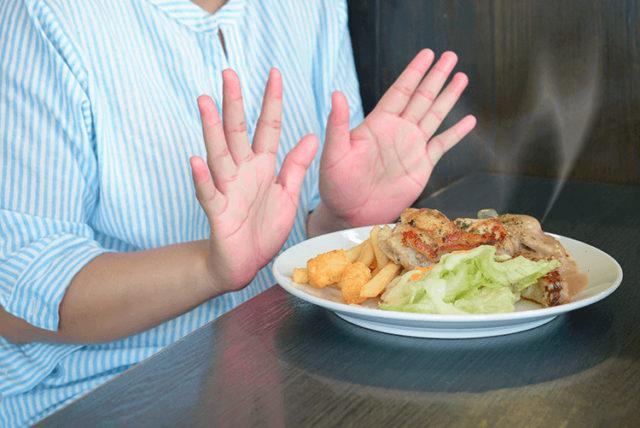 Soda is basically just flavored sugar water, and the amount of the sweet “drug” that goes into a single can of carbonated drink will shock you! Sugar opens the gateway to a whole host of diseases, including cancer. But that’s not all; there’s even worse news for you if you are a fan of any caramel-colored sodas. Laboratory tests have found that the carcinogenic chemical 4-MEI shows up in such drinks as a by-product of the color.

Alternatives – Water is your best choice of beverage! You can also opt for sugar-free fresh fruit/vegetable juices, or if you’re really wanting for a gassy fix, pick a soda that isn’t caramel in color. 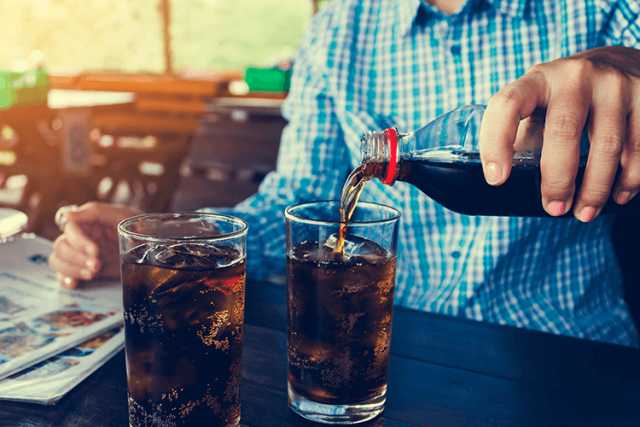 This might be a little hard to swallow (get it?) if you love your steak, but excessive consumption of grilled red meat might increase your risk of cancer. Although aesthetically pleasing, high temperatures used to achieve those sexy char marks release cancer-causing hydrocarbons.

Alternatives – Reduce your intake of red meat, and be careful about how you cook it. Pick organic, grass-fed beef whenever possible. 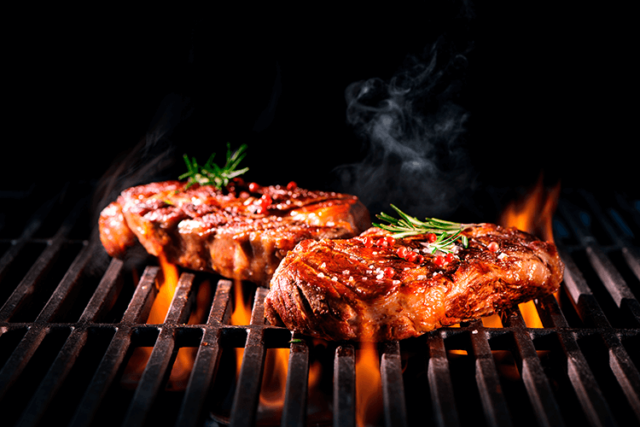 Popcorn usually falls on the safer side of snacking, but when it comes to microwave popcorn, that’s a whole other ballpark. Firstly, the bags are lined with perfluorooctanoic acid, which is a carcinogen. Secondly, microwave popcorn is usually not natural, and manufacturers aren’t even required to report whether their products are GMO. And finally, butter flavoring used in most microwave popcorn releases diacetyl, a chemical that is known to become toxic when cooked.

Alternatives – Buy organic dried popcorn kernels and cook them on your stove or using an air-popper. 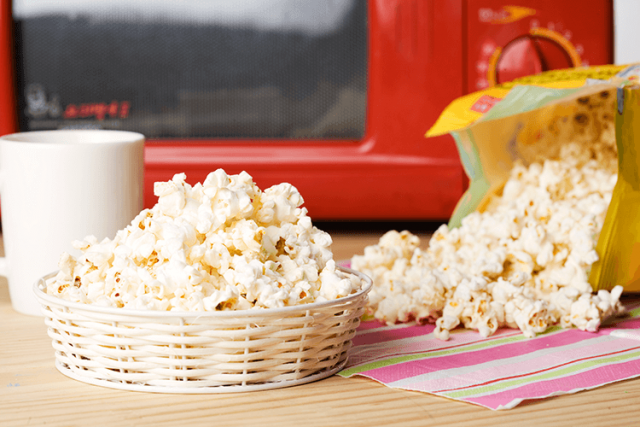 Canned food might be convenient, but it can actually be pretty harmful because of a chemical called BPA, a known hormone disruptor, that is used to line the cans. This is even more prevalent in canned tomatoes because their acidic natures causes the BPA to leech into the food. While tomatoes are usually healthy, its the container that makes them otherwise. 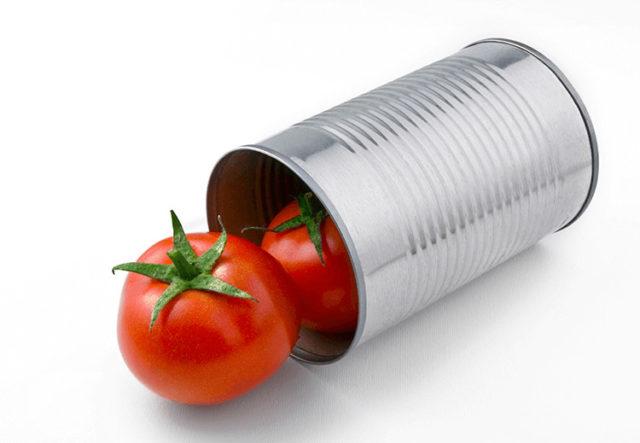 “Vegetable” oils go through so much processing that there’s really not much left of the original source when it finally lands in our hands, other than a bunch of chemicals used to achieve the look and consistency of it. This results in an abundance unhealthy Omega-6 fats. 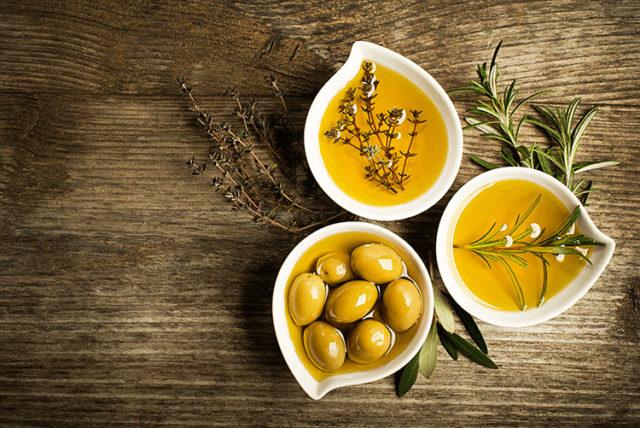 A meal that includes salmon might be something you consider healthy, and in the case of wild-caught salmon, it is! But when it comes to their farmed counterparts, you’re getting a whole lot of chemicals, antibiotics, and pesticides. Farmed salmon is also “fatter”, meaning more capacity to carry all of that unhealthiness in their bodies.

Alternatives – You could also take fish oil supplements to balance your diet. 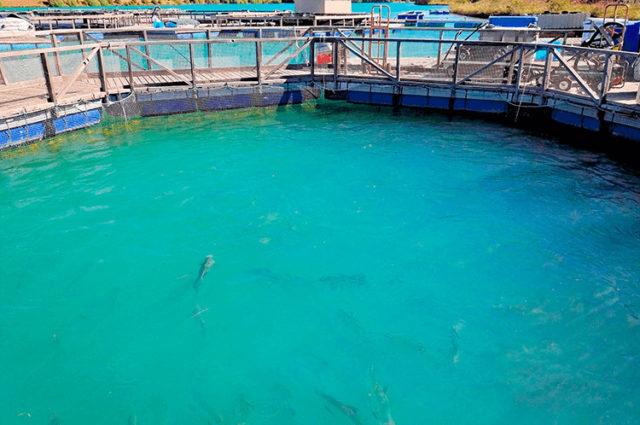 Artificial sweeteners are produced using chemicals, thus the “artificial” part. They are marketed as a better alternative to sugar, but there’s no evidence to prove that they are safe. Studies have suggested that they can cause the production of a toxin DKP in your body, which could cause brain tumor.

Alternatives – The best choice when it comes to sweeteners is those that are plant-based like stevia. You could also use applesauce or organic maple syrup in baking recipes. 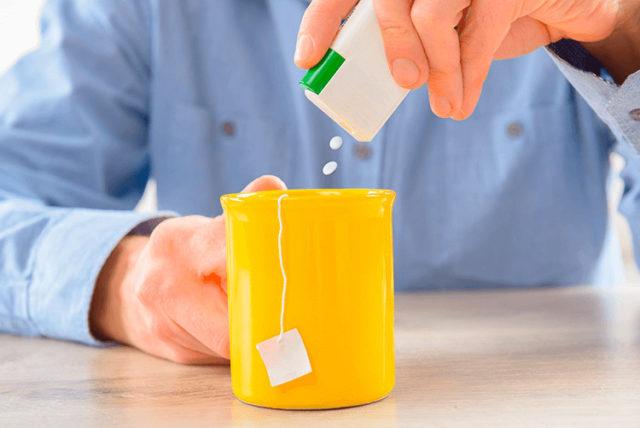 Going through a rigorous refining process required to achieve final product causes the wheat to lose all its nutritional value. But what’s worse is that it is then bleached using chlorine gas to achieve that bright color. Furthermore, refined white flour is a carbohydrate that breaks down into simple sugar, which as we saw earlier, is cancer’s best friend. 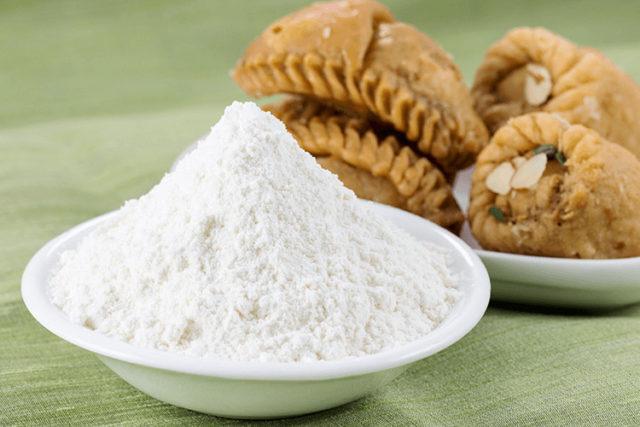 While fruits and vegetables are one of the healthiest forms of food in the world, pesticides and chemical fertilizers used in growing them are obviously not. This can vary depending on where you live. For e.g., a weed-killer called Altrazine has been found to cause severe health problems in humans. It is banned in Europe but widely used in other parts of the world, including the US.

Alternatives – Buy organic whenever possible. Always makes sure to wash your produce carefully. 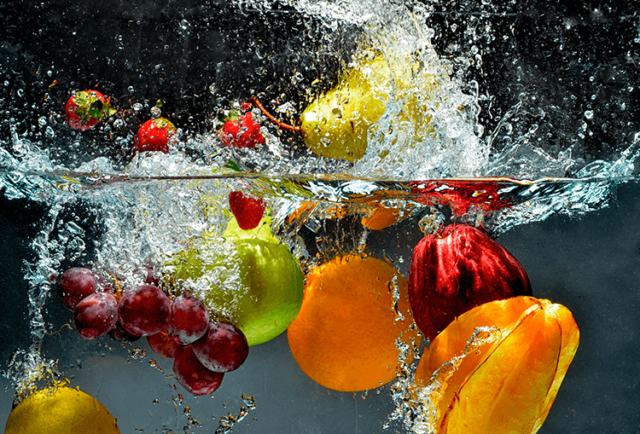 Processed meats like sausages, hot dogs and deli meat go through a rigorous processing method to achieve the final look and taste. This involves large amounts of salt and dangerous chemicals, namely nitrate and nitrite. Thus, these delicious products end up carrying a massive risk to your health.

Alternatives – Always buy fresh, organic meat whenever possible. If you are going to buy packaged meat, try to find those with minimal processing and no preservatives. 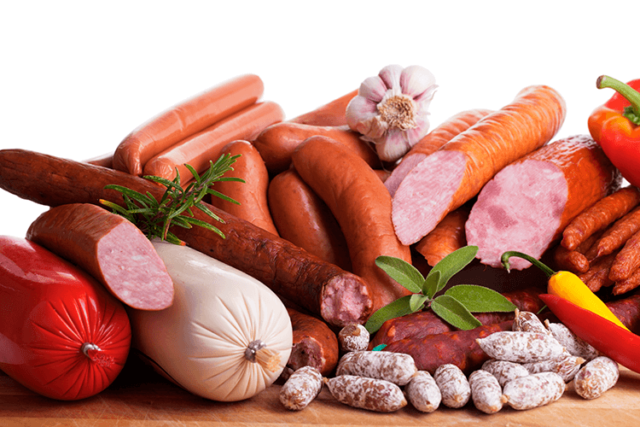 Potato chips are loved by one and all, big and small; which is why it is particularly worrying. This is because not only are they fried in trans fat, they are also often loaded with salt, preservatives, and artificial “flavoring”. 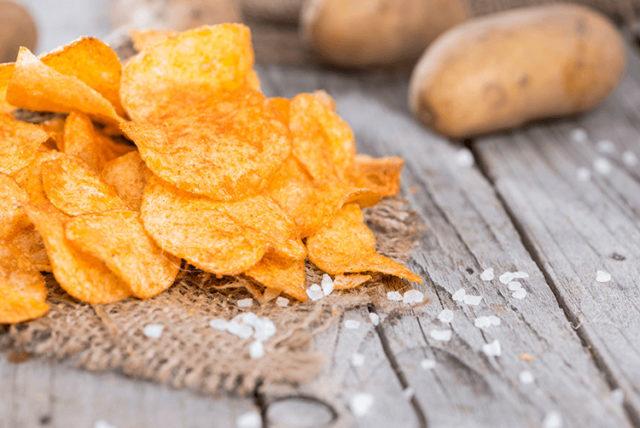 Calling it Genetically Modified Organism might help you better understand the actuality of such products. Large manufacturers prefer GMO foods as they have been adapted to resist pests better, are easier to transport, and last for a long time. Although there is a lot of debate going on about their safety, very little testing is available to verify whether GMO is actually safe and what the long-term effects of eating such foods are. 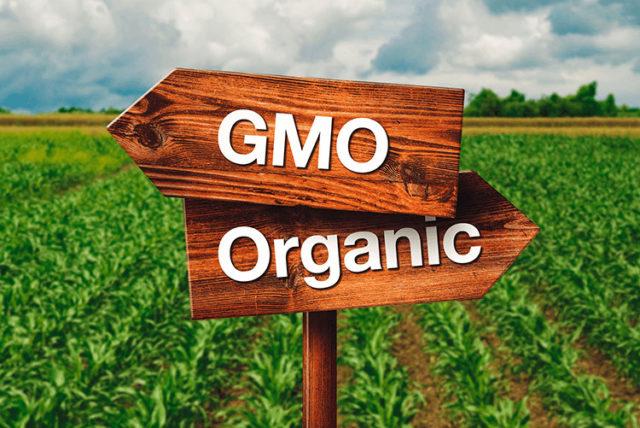 Alcohol is so widely consumed all around the world, and its nothing but a slow poison. Studies conducted at the National Cancer Institute have found links between drinking alcohol and the increased risk of cancers in the head, neck, esophagus, liver, breast, and colon.

Alternatives – Your best option is to quit drinking entirely. But, we understand that might take a while. So, until then, limit your drinks to 3 (women)/4 (men) in one sitting, and 7 (women)/14 (men) per week. 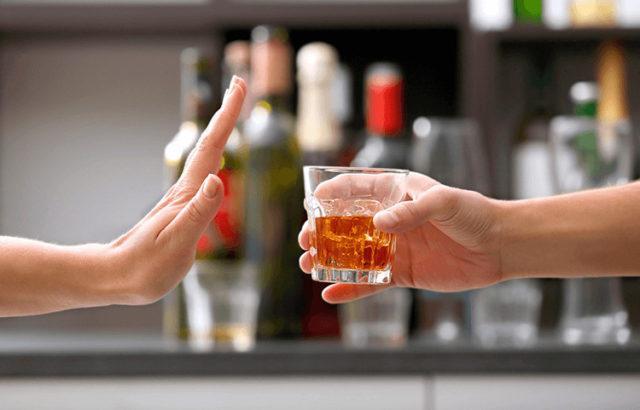 Refined sugars are just as notorious as any other refined or processed products we saw on this list, and sugar is food for cancer. The worst offender of them all is high fructose corn syrup, which is unfortunately used (in abundance) in many commercially available products. For e.g., a 15 oz can of soda contains about 15 teaspoons of HFCS!

Alternatives – Fruit! It’s nature’s candy, and there’s so much variety in it. If you are buying packaged food, always make sure to go through the ingredients list. 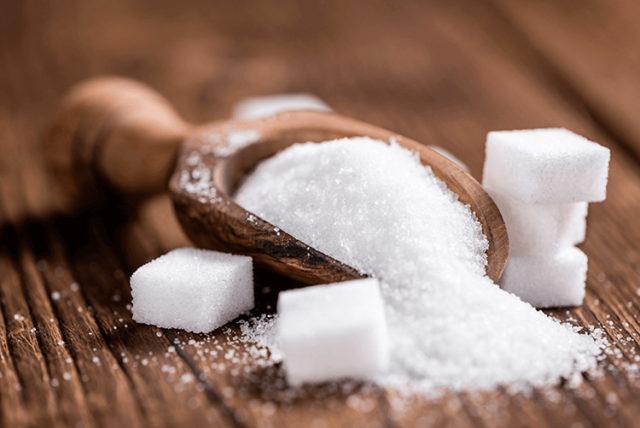 Originally thought to be a healthier substitute for butter, it turned out to actually be worse! Margarine is made with vegetable oil, which as we saw, is full of trans fat, which studies have concluded is far worse than the saturated fats found in butter.

Alternatives – Butter, although a better substitute, must be used sparingly. Flavored olive oil can make a great topping for bread, meat, and vegetables. 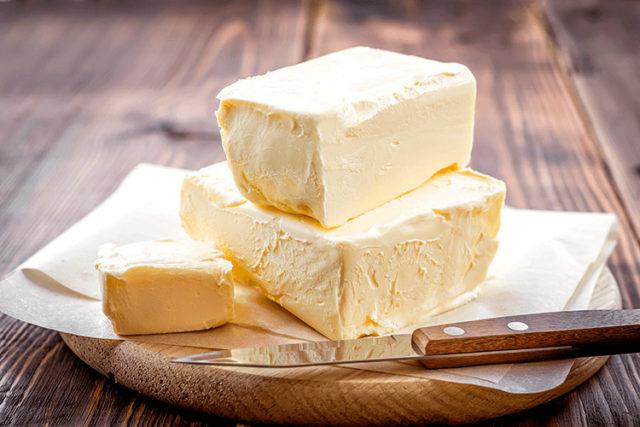 If there’s one product that doesn’t live up to it’s name, it would be so-called “diet” foods. This is because in an attempt to reduce fat but retain flavor, they are often pumped with extra sugar, artificial sweteners, flavorings, etc. Certain studies have indicated that chemicals that are designed to make the food more addictive are also added in such foods.

Alternatives – As always, fresh, organic produce is always your best option, even on a diet. 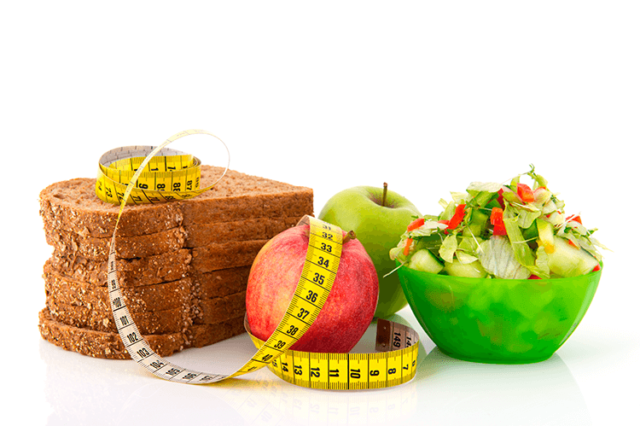 These are pretty similar to potato chips. I mean, they are both potatoes fried in trans fat, and then doused in loads of salt and flavorings. French fries are also fried in very high heat, and foods heated to such temperatures have been known to produce a known carcinogen found in cigarette smoke called acrylamide.

Alternatives – Make oven-baked fries at home, so you know exactly what goes into them. You can use olive oil instead of vegetable oil and flavor them with healthy spices. 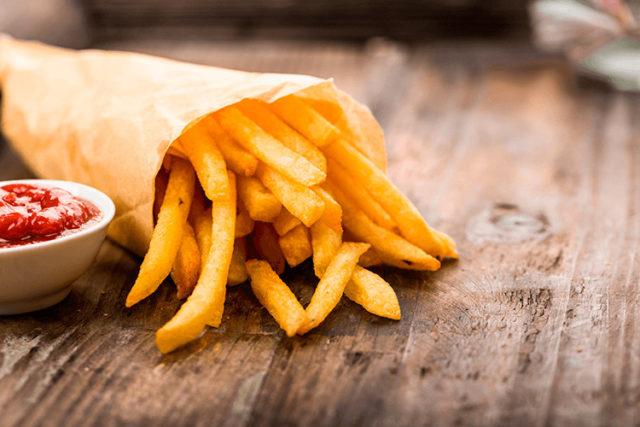 The amount of information being thrown at you on the daily can be confusing and frustrating. It turns out that even if you are trying to make a conscious choice to eat healthy, you might be being duped.

Take it slow, one step at a time. One small shift at a time can make a big impact. Cut down on foods with HFCS, then processed meats and canned food, then refined products, and so on. Remember that fresh, organically grown produce is always the best option for you. Making these change can be difference between a high and low risk of cancer to you and your family, so you can all live long and healthy lives! 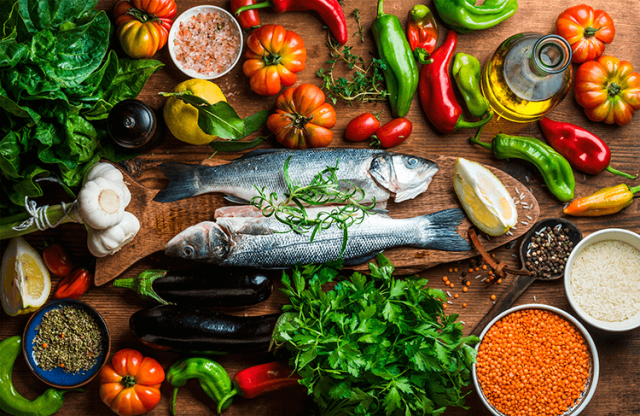