Incredible Photography of Fascinating Sea Creatures & A Little Bit About Them

Living things in general are pretty extraordinary – some people believe that they alone point to the existence of a higher being while others argue its all just science.

Whatever reason they exist, it’s incredibly enchanting how everything seems to make sense. No one creature on this planet is here without a purpose. But some of the most fascinating creatures around (other than humans ourselves) are those that call the sprawling oceans of our planet home. And thanks to passionate photographers, we get interesting glimpses into their lives.

Here are some of the best photos of sea life and a little bit about these intriguing creatures. 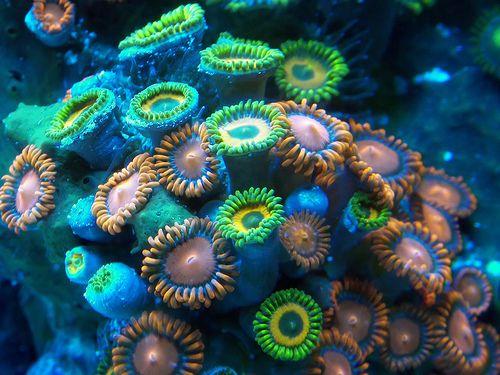 This incredibly adorable picture of a baby green sea turtle swimming in the shockingly blue waters of French Polynesia was taken by Nat Geo’s photographer David Doubilet. This particular turtle was named
“cupid” and had a bit of trouble swimming because of an old wound. 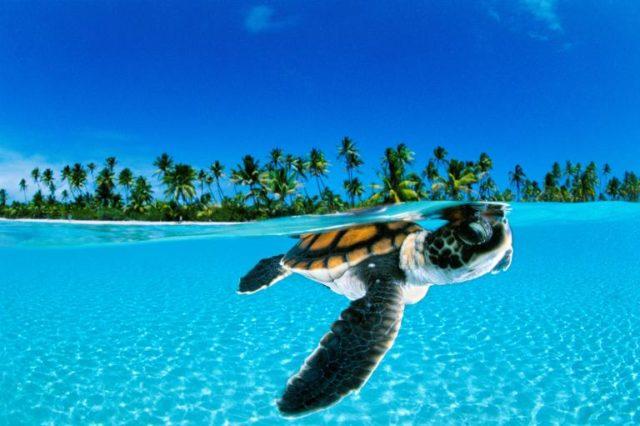 This was a picture taken by the Monterey Bay Aquarium Research Institute of a Bloodybelly Comb Jelly fish. It’s blood red stomach makes it look like a lonely, glowing human heart drifting through the waters. 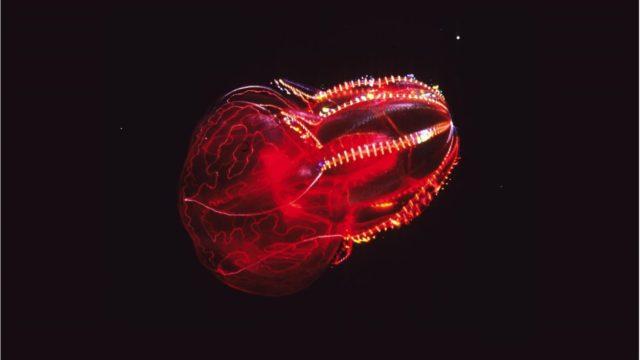 Another incredible photo by David Doubilet shows a different side to sea lions than most people know them – as they often appear as showpieces twirling beach balls. These Australian sea lion are swimming freely in the Great Australian Bright and it’s a much more beautiful sight. 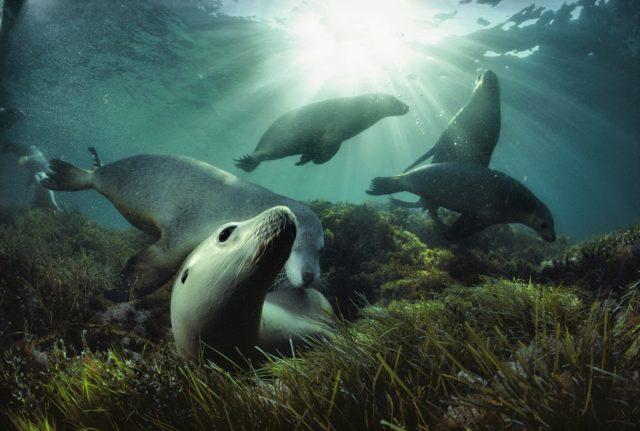 Octopuses have been found to have a very large brain, and recent research even shows that they have 10,000 genes more than humans! 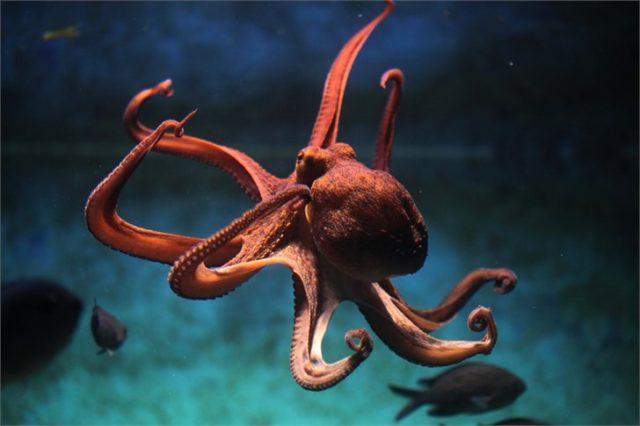 The Salp is an enchanting creature – not only is it nearly fully transparent, it is also a self-propelling mechanism that gets everything from the water itself. Scientists also speculate its waste material might help obviate carbon dioxide from the ocean and atmosphere! The photo shows researchers Larry Madin and Kelly Rakow Sutherland looking at a Salp they are studying. 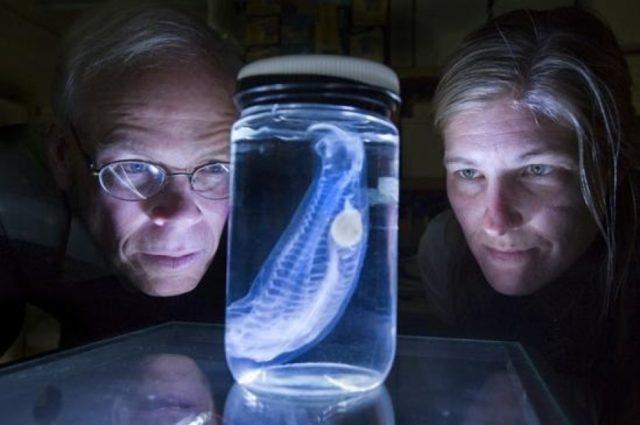 Titled “shy little cowry”, this fascinating sea creature is a marine mollusc known as Calpurnus verrucous. It was pictured snacking on soft coral off the coast of Pulau Weh, Indonesia. 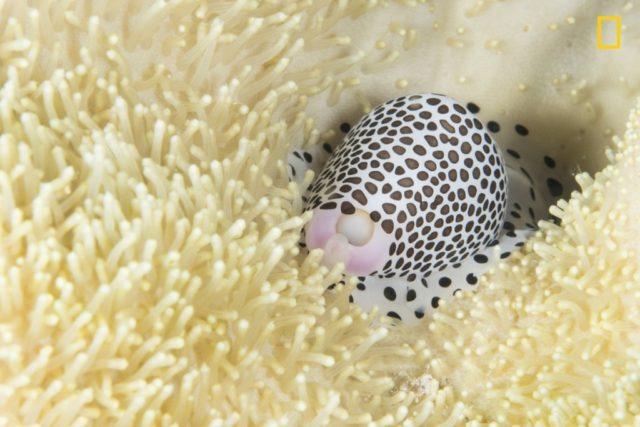 Everyone knows that pearls are precious, but did you know that its the only jewel created by a living animal? All pearls are born male and transform into females at 3 years of age. Only 1 in every 10,000 wild oysters has a natural pearl. Amazing! 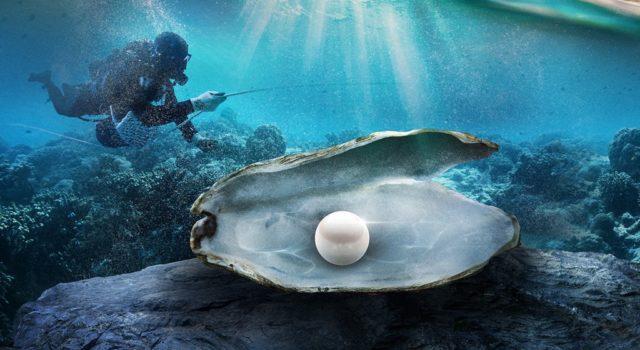 This hauntingly beautiful picture of a giant spider crab was captured in Japan’s Izu Oceanic Park, lighted by a diver’s lamp. 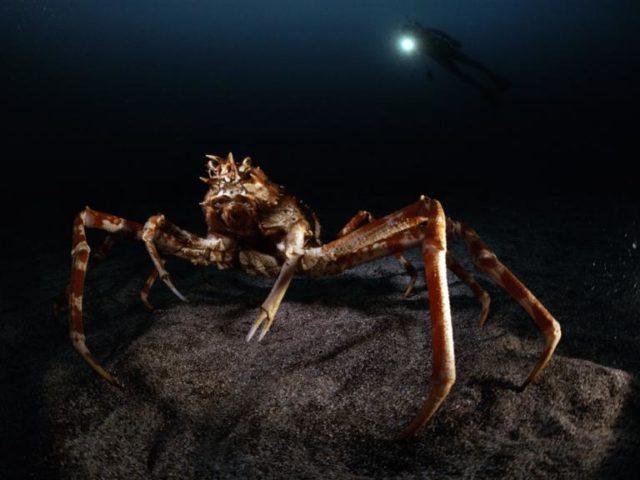 This bright and psychedelic fish is one of the most beautiful in the world. But beauty can be deceiving – it’s body is covered with tiny spines which eject toxic mucus when it feels threatened, and it also smells really bad! 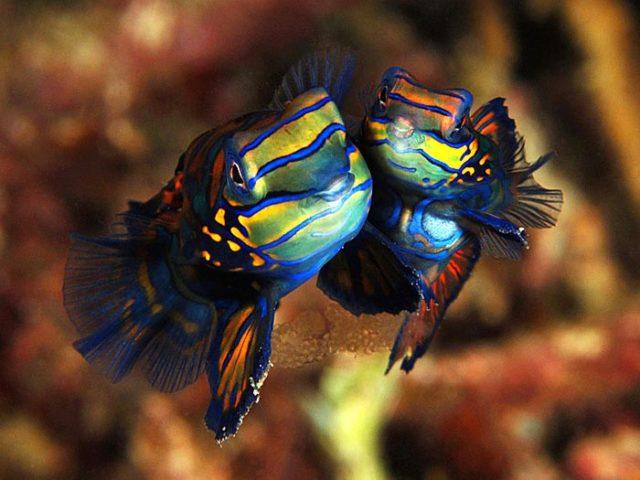 It might surprise you to hear that worms are incredibly resilient beings – they can survive massive amounts of pressure, extreme cold or heat, and even toxic chemicals! This colony was pictured about 1.5 miles under the surface of the ocean near the Galapagos Islands on the East Pacific Rise. 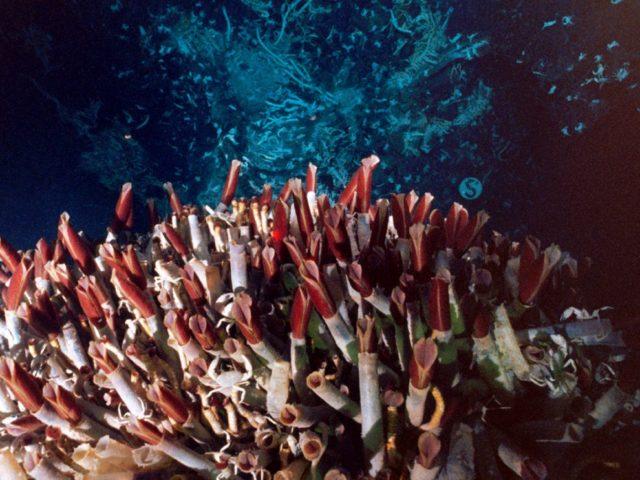 Photographer Wai Hoe Mok captured this awesome picture of a school of fish. “I encountered a 25 meter giant school of horse-eyed jack fish” the caption reads, “A predator must have spooked the school from the other side. The massive school suddenly swam towards me and before I knew it, I was engulfed in this storm of silvery fish.” 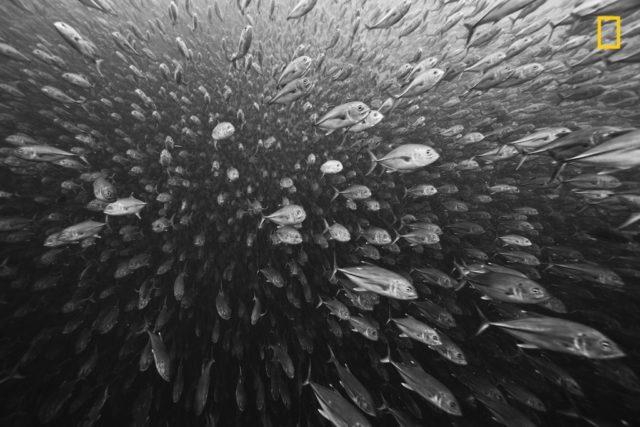 This is just one of the amazing photographs taken by a group of scientific divers team at the White Sea Biological Station of Lomonosov’s Moscow State University, Russia. The picture shows a larger jellyfish called Lion’s man jellyfish eating a smaller moon jelly. 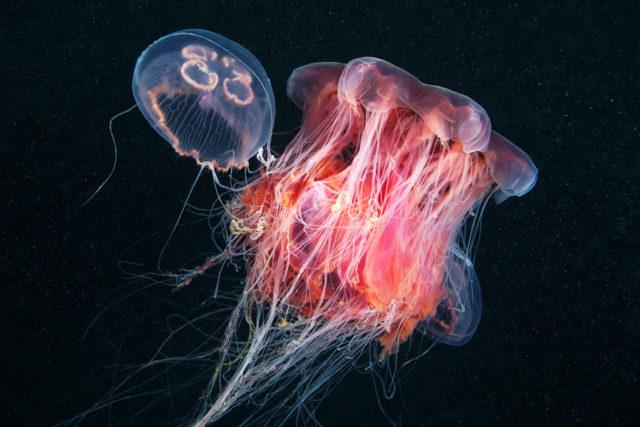